The role of economics in future environmental regulation.

We are all breathing into paper bags. What is at stake in Tuesday’s election is beyond measure. If you do not feel like reading any economics, I give you a calming picture of our new kitty. Go vote if you have not done so already. 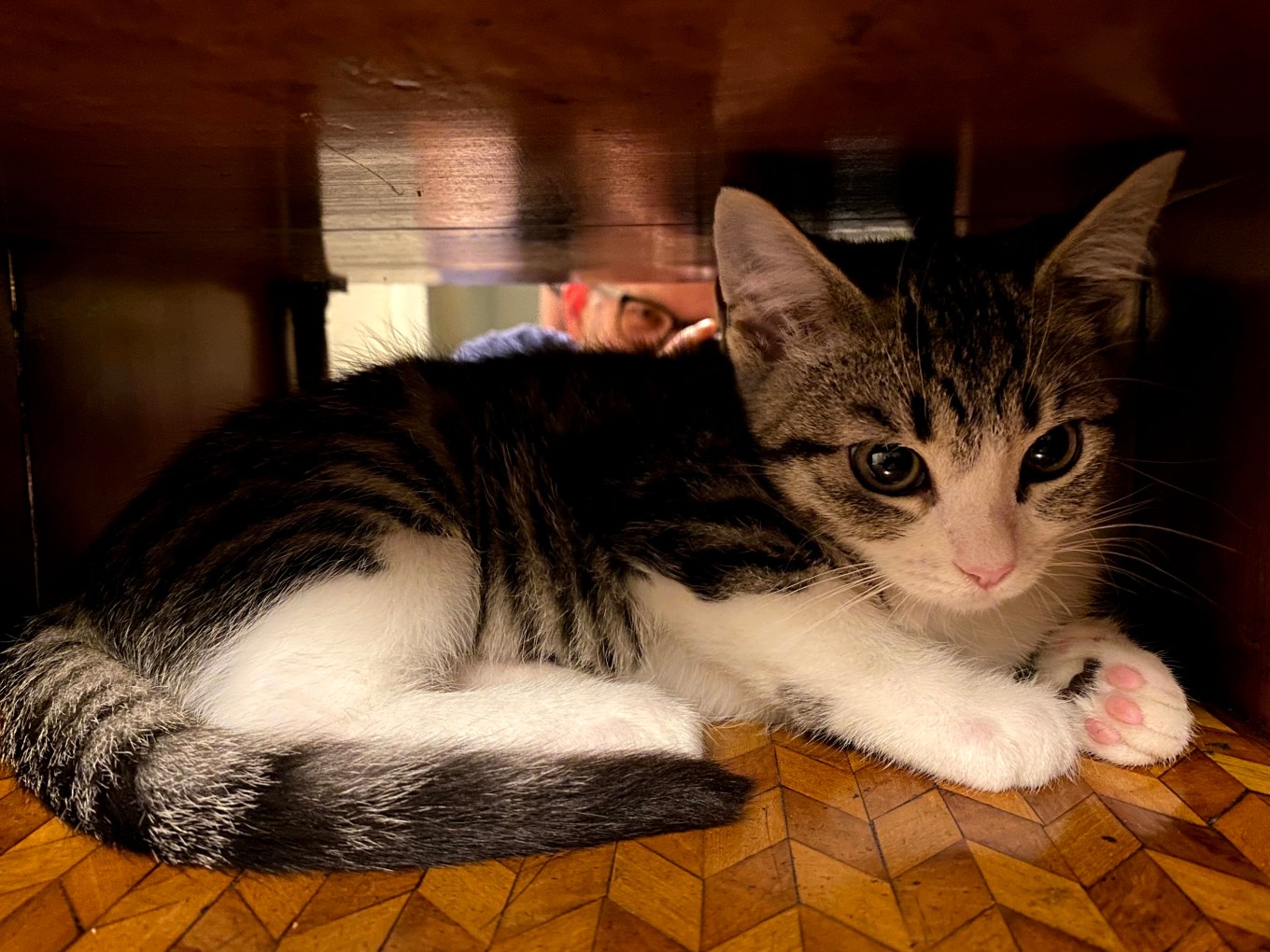 I have been contemplating what environmental and energy regulation may look like post January 20th. In a second Trump administration, even with a Democratic majority in the senate, we would likely see further aggressive measures to undo the legacy of 50 years of innovative environmental regulation, which has taken economic principles seriously and saved millions of lives worldwide. On top of this comes a significantly more conservative supreme court, which makes me worry about Massachusetts versus EPA, the case that gave the EPA the authority to regulate greenhouse gases as air pollution under the Clean Air Act.

At the heart of regulating environmental externalities lies the application of benefit-cost analysis in many settings, which requires that the benefits from a proposed rule/regulation be greater than its costs. There are of course some settings where courts explicitly prohibited taking economic considerations into account. Yes, in practice, studying individual benefit-cost analyses is about as much fun as seeing a cat part ways with a hairball. It is often cringe worthy, because agencies have to come up with estimates of benefits and costs of regulation very quickly and much of the information required is simply not available. Even with my  inflated ego, I could not do better. Hence there is lots of uncertainty around the true costs and benefit numbers. It’s a number sausage made partially with economic mystery meat. But, if the butcher can be trusted, the sausage is usually pretty good.

The Trump administration has used this apparatus and snuck leaded wood chips into the mix to get its way. And that sausage will literally kill tens of thousands of Americans from the resulting deterioration of air and water quality as well as climate change.

But what about a future Biden administration? The Biden climate plan is the most aggressive climate (and energy) plan put forth by any major candidate running in the general election. I think this is truly exciting, and there is so much to love in this plan. I especially like the idea of coupling economic recovery and transformation of the energy economy. Instead of building more highways to generate jobs, let’s build the infrastructure required to get us to that promised land where green electrons flow like wine and windmills flock like the salmon of the Capistrano.

But I am worried that once we get to the point of actually making and implementing policies to get us there at the federal and state level, the basic premise of achieving a goal at least cost will be in danger. There is a strong movement building, which calls into question whether carbon pricing has worked and whether it should be used in the future. These arguments are made by some scholars I admire, though I disagree with quite strongly.

It has always been difficult to explain why incentive-based policies like carbon taxes and cap and trade markets are so desirable. If implemented wisely, they achieve a stated goal at least cost, which is desirable since environmental policy should be cost effective! We have written about this ad nauseum on this blog since its beginning and EI Alumna explained this again in a most entertaining fashion. (For a more entertaining explanation, please check out Catie Hausman’s explanation).  While many of my more hardcore friends would like to see carbon pricing  be the sole tool adopted to meet the challenge of climate change, many of us think it should be part of a broader policy portfolio.

There are certain settings where standards (that is, mandating what people and firms do what to in terms of the technology or inputs they use) make sense. When talking local air pollution, mandating the catalytic converter was an amazing success story! So have been standards in lighting, cooling, heating to name but a few. These are just a few examples of settings where the “rational consumer” left alone may not make the right decision. If you still believe in the completely rational consumer, read “Thinking Fast and Slow”, or go to Trader Joe’s hungry.

But what I am worried about is a storyline where carbon pricing (and pollution pricing more generally) has been declared a failure and that in the name of a net zero target we should abandon it in favor of standards, fines, and massive technology subsidies. The so-called proof that has been waived in our faces is the fact that carbon prices are low in places where it is priced (here and here) and hence they have failed. I think that is dangerous rhetoric, which if taken seriously will lead us to race to net zero at the price of a Bugatti, when the  we could have gotten 20X the reductions for the same price (or the same reductions at the cost of a Honda Accord!). .

Prices for Carbon are low for two simple reasons. For one, no place has implemented carbon pricing with drastic reductions in GHGs during the trading window. If there is political support for drastically tightening the cap, prices will rise! Or in plain English, if you go on an extremely serious diet, you’ll feel hungry very quickly. Right now, we’ve just cut out the mid-morning snack.

Second, we have implemented carbon pricing alongside a massive portfolio of complementary policies – almost all of which are sticks and stones (standards). In California we have the low carbon fuel standard, the renewable portfolio standard, building codes, appliance standards, and kale for breakfast requirements. These are expensive! Even the regulators say so. If you dig into some appendices of the renewal of the cap and trade program in California, you can see that some sticks and stones policies are estimated to reduce CO2 at a cost of more than $200 a ton (and some close to $1000!).

The story that carbon pricing has failed because prices are low is not a finding of failure of carbon pricing, but a failure to be serious about going to net zero (or wherever you want to go). Need evidence? My friends Severin, Jim, Frank and Matt have a paper in a top journal that talks about this very point. Price can pop quickly in a cap and trade when the belt tightens. It is for this and many other reasons, that I have always favored a meaningful carbon tax over a complex cap and trade. But that is for another day.

So my hope for 2021 is that we get serious about setting the US economy on a path to massive reductions of greenhouse gas emissions, while at the same time fueling economic recovery. Yet I hope we will adopt an approach that incorporates a hundred years of economic insights in how to achieve that goal in a cost effective manner – especially during a time when the world is facing a massive economic recession. We share a common goal and should talk and work together to get us there.

16 thoughts on “Sticks and Stones or Prices and Quantities?” Leave a comment ›