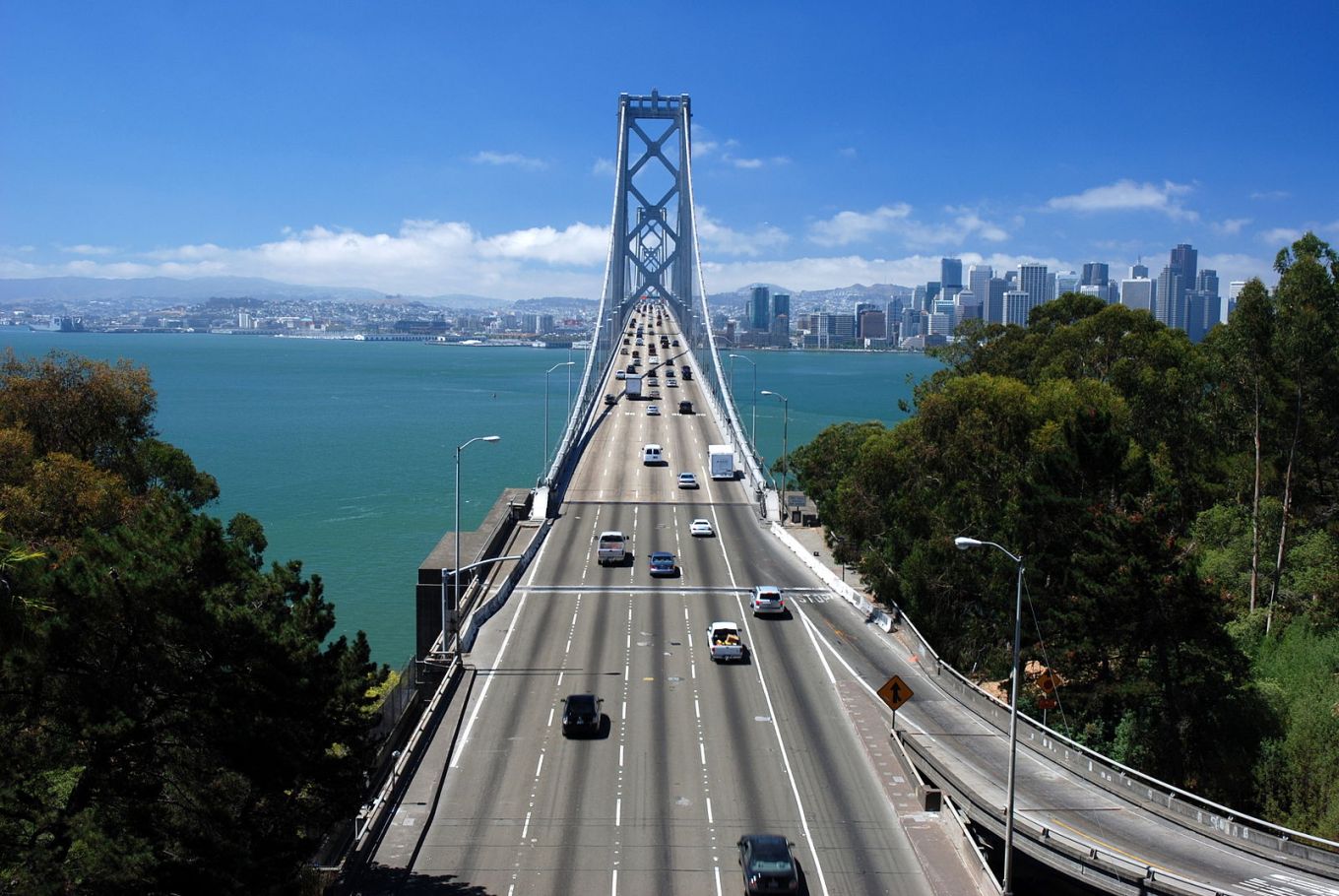 Autumn means different things to different people—for some it’s the changing leaves, for others it’s college football, or decorative gourds, or pumpkin spice. For economists, autumn means job market season, when aspiring new economists place their dissertations on the public altars of the profession, offerings in exchange for employment.

One such offering this year comes from the Energy Institute’s own Matthew Tarduno, whose dissertation breaks new ground on the economics of road pricing. Matt’s job market paper, available here as a new Energy Institute working paper, cleverly combines economic models and driving data to describe how to use road pricing to combat congestion and environmental externalities.

Automobiles account for the lion’s share of petroleum demand, and transportation is now the biggest component of greenhouse gas emissions in the US, surpassing electricity generation. Directly pricing the use of roads is a critical component of greener and better transportation policy—it can directly target congestion externalities; it can correct the biggest inefficiencies of fuel economy standards by counteracting inefficient rebound; and it could be used to nudge transportation network companies to reduce their impact on congestion. Road pricing schemes can also be used to accelerate the retirement of heavy polluters or the adoption of green new ones by giving preferential treatment to certain vehicles.

In spite of all this potential, road pricing schemes have received too little attention among researchers. The dominant mode of road pricing in urban centers are cordon zones, under which vehicles are charged a toll for entering a city center during peak hours. London, Stockholm, Milan and Singapore have cordon zones, and New York, San Francisco and Los Angeles are actively developing their own.

Unfortunately, economists lack answers about fundamental questions around cordon zones, like how they should be priced and how they can be made relatively efficient. This is where Matt’s paper takes a big step forward.

Economists have understood for decades that driving creates externalities. And economists know what to do when they see an externality: slap a price on the activity equal to the social damages it causes.

The social damages from driving vary in real time with traffic conditions and differ across vehicles with different emissions rates, but cordon zones paint with an overly broad brush. They typically vary only with an on/off peak fixed price, only occasionally vary by vehicle class, and leave routes outside of the zone entirely unpriced. (Readers will recognize this as similar to the distinction between real-time, node-specific electricity prices and a utility-wide time of use rate.)

Figure shows San Francisco’s proposed cordon zone, slated to take effect in 2025. Passing into that zone during peak hours would incur fees up to $6.50. Source: Tarduno (2021).

How to set a cordon charge

Matt points out two big reasons why optimal cordon zone prices might not be equal to the simple economic prescription of pricing equal to social damages. First is leakage. When people shift to alternative routes that avoid the cordon, this can create inefficiencies because those routes cause externalities that the cordon scheme doesn’t price. Second is heterogeneity. The cordon zone puts the same price on trips that vary in length and route, and on automobiles that vary in their pollution levels.

Given these factors, it is hard to know what the optimal cordon price should be. It might be higher or lower than the benchmark estimate of external damages. And these imperfections might make a big or small difference in terms of the efficiency of cordon zones as a policy.

To figure this all out, Matt builds a new model of optimal road pricing that shows how we can derive the optimal cordon zone price given some basic information about how much people are willing to adjust their travel behavior in response to road pricing.

He then gets the necessary estimates by analyzing data from FasTrak, the Bay Area’s electronic toll collection system (special thanks to all the readers who contributed observations to the study), leveraging changes in bridge tolls over time.

The figure here, taken from Matt’s paper, shows one example of his strategy. It plots travel patterns before and after the introduction of peak pricing on the Bay Bridge. After peak pricing was introduced, you can see the bump up in people traveling earlier to avoid the peak price. Matt uses these data to back out estimates of how much people are willing to change their travel choices in response to road pricing.

Graph shows the weekday driving pattern across the Bay Bridge by time of day before and after the introduction of peak pricing on July 1, 2010. Source: Tarduno (2021)

Matt then uses a large survey of travel behavior to simulate how drivers would respond to proposed cordon zones in San Francisco, New York and Los Angeles. For each city he calculates the optimal cordon price and the overall efficiency of the policy, taking into account heterogeneity and leakage.

Optimal cordon prices turn out to be about one-third smaller than the economist’s naive benchmark of setting the price equal to the size of the externality. The main driver of the difference is leakage—people taking alternative routes to avoid the cordon charge when those alternatives also create externalities that remain unpriced.

Cordon prices are highly imperfect, but they can still do a lot of good. Matt estimates that the optimal cordon price can induce about one-quarter of the welfare improvements under a theoretical fully efficient pricing scheme in San Francisco. Improvements are much lower in Los Angeles, where leakage is larger due to the geography of alternatives, but higher in New York.

But even getting that much benefit out of cordon zones requires that they be designed smartly and priced wisely. That task just got a bit easier thanks to Matt’s new paper, which is why I think his dissertation makes a big contribution. Hopefully you agree, especially if you happen to be designing a road pricing program.  Or if you happen to be looking to hire a smart and creative newly minted environmental economist.

James M. Sallee is an Associate Professor in the Department of Agricultural and Resource Economics at UC Berkeley, a Research Associate of the Energy Institute at Haas, and a Faculty Research Fellow of the National Bureau of Economic Research. He is a public economist who studies topics related to energy, the environment and taxation. Much of his work evaluates policies aimed at mitigating greenhouse gas emissions related to the use of automobiles.

3 thoughts on “Cordon Zone Pricing: An Essential Tool for a Better Transportation Future” Leave a comment ›