Last month, I went to a talk by someone I surprisingly hadn’t heard of before. Yosef Abramowitz is an entrepreneur whose company, Gigawatt Global, just constructed and commissioned the largest solar power plant in East Africa. The 8.5 MW solar PV plant is 60 kilometers east of Kigali, Rwanda. It came online in February 2015 in record time – just one year after the power purchase agreement was finalized – and at its $24 million budget.

Yosef is a fascinating, driven entrepreneur. But, through my usual perusing of the energy trade press, I hadn’t come across him. I had heard vague references to a solar plant in East Africa from conversations, but quick Internet searches hadn’t turned anything up.

I just did a slightly more systematic search and confirmed that Abramowitz’s story hasn’t been widely covered.

For example, if I search on “Rwanda solar” on Greentech Media – my go-to site for industry news – I turn up three stories about off-grid solar. One focuses on Ignite Power and two on Off-Grid Electric (here and here). Greentech Media (GTM to insiders) has only an oblique mention of Gigawatt Global’s project with a link to a story in the Guardian.

When I searched on “Rwanda solar” at the Wall Street Journal I was told, “Sorry, no results found.” The New York Times has two hits since Gigawatt Global’s installation came online, but one describes solar dryers and pumps for farmers and the other discusses solar lamps. No mention of Gigawatt Global.

In general, my read of the energy press is that it’s disproportionately focused on the off-grid sector in the developing world. Why aren’t projects like Gigawatt Global’s getting more coverage?

Here are some possible explanations:

But, I don’t think that explanation works for two reasons:

Powerhive, a company that installs solar mini-grid systems in rural Kenya, and has been in three GTM articles in the past three months, currently has installations in four villages amounting to 80 kW. That’s 1/100th the size of Gigawatt Global, and Powerhive has been around for several years.

These comparisons are based on capacity, not energy. I’m guessing that central stations deliver more energy per watt, since they don’t rely on individuals keeping the panels in good repair or putting them out when the sun is shining. A former Berkeley PhD student has found that some solar home systems aren’t outside in the middle of the day because farmers don’t want them stolen while they’re in the fields.

Sure, these companies are projected to grow, but Gigawatt Global should as well.

I could have asked the question why Kenya’s proposed Lamu coal power plant, which is poised to nearly double the country’s existing generating capacity, hasn’t been covered. But, fossil fuel plants have been built for decades, and, if we’re serious about addressing climate change, we can’t continue building them in the same way. 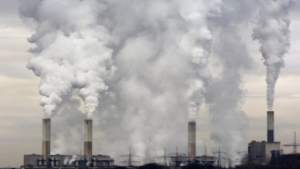 But, the leap from a fossil fuel driven grid to off-grid solar may be too far.

Projections suggest that only 10 percent of the growth in residential electricity consumption in Sub-Saharan Africa over the coming decades will be driven by off-grid consumers. The majority of new demand will come from existing users in grid-connected areas as well as migration to these areas and grid extensions. If we bring in commercial and industrial, this share goes up considerably.

This is misleading for several reasons, which I’ve written about before (here, here and here). For one, we are likely wrong if we think that the only way to use electricity to help the people who currently don’t have it in their homes is by putting a solar panel on their roof. The rural poor need a lot of things, like good jobs, good health care and good education for their kids. Electricity is an important input into many of these things and doesn’t necessarily have to be at someone’s home to provide those benefits. As I argue here, things like solar lanterns and solar home systems don’t currently provide even the services households seem to want, let alone support a robust commercial and industrial sector.

There are certainly examples of the press covering the benefits of the grid. For example, The Economist had a recent piece that was largely about grid electricity. But, the coverage is disproportionately of the off-grid sector.

I’m not against solar home systems or solar lanterns. My concern is that those technologies are getting a disproportionate share of the media coverage relative to the potential benefits they can provide. If policymakers follow the media’s lead and emphasize off-grid solutions, we’re overlooking much higher impact on-grid solutions. And, if the ambitious entrepreneurs and funding follow the media, we’re ignoring the most important part of the picture.

To my mind, this is a huge omission. I hope we see more coverage of companies working on grid-scale solutions in the months to come.

11 thoughts on “Why Does the Media Ignore Grid-Scale Solar?” Leave a comment ›