If you’re thinking of putting solar panels on your roof to save money on your electricity bills, you should recognize that there is risk involved. In some ways, this is no different from any other long-lived investment. For example, if you pay extra for a hybrid or plug-in car, you run the risk that gas prices fall after you buy the car and your investment doesn’t pay off.

What’s different with distributed solar is that much of risk is in the hands of a regulator. That changes the nature of the uncertainty. With most financial risks, there’s a big chance that the underlying prices will go up or down by say 5% but a much smaller chance that they’ll change by over 50%. Also, we have years of experience tracking things like gas prices, so we think we have some understanding of their likely future variations. 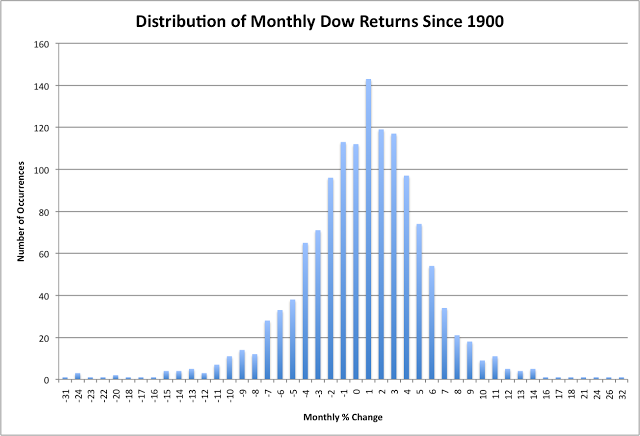 Regulators around the world are making decisions that either highlight the solar risk or attempt to mitigate it. We’ll get to a couple examples below, but first, let’s go through the basic components of an investment calculation for a potential solar customer.

If you don’t have solar, you pay your local utility for electricity. In most parts of the world, you pay a monthly fixed charge and then a price for each kilowatt-hour you buy. In some cases, the price you pay per kilowatt-hour increases with the amount you consume over the month with what’s known as increasing-block pricing.

If you’re contemplating solar, the crucial question to ask is how the kilowatt-hours produced by your solar panels will be treated. The two prominent options are “net metering” and “buy-all, sell-all.”

You should also estimate what your new monthly utility bills will be. Given that utility rates are very rarely as simple as a single price per kWh, a 60% reduction in net consumption, as in our example above, could lower your bill by more or less than 60%. For example, if the fixed monthly charge is large, the percentage bill reduction could be considerably smaller, but if you have increasing-block pricing the saving could exceed 60%. Also, if you will ever be selling electricity back to the grid, you’ll want to know how the utility will reimburse those sales.

Finally, if your solar will be net metered, you should determine over what time period the netting takes place. While most states net on a monthly or even annual basis, smart meters allow utilities to track electricity consumption at the hourly or even sub-hourly level. My read of the recent Nevada Public Utilities Commission decision suggests that they are moving to netting out solar consumption hour-by-hour (see point 126 on p. 66 of the Nevada order while NV Energy’s tariff suggests that it could even be every 15-minutes).

With hour-by-hour netting, you’re more likely to be selling to the utility in some hours and buying in other hours, whereas with monthly netting, you’re more likely to always be buying, which effectively credits the solar production at the retail rate. (Solar providers typically size the solar systems so that customers are at least buying a little electricity from the grid over a month.)

Under a buy-all, sell-all system, customers with solar panels continue to pay the utility for 100% of their consumption, and simultaneously sell 100% of the solar output back to the utility. This is also sometimes referred to as a “value of solar” tariff, as the ideal is for the regulator to determine the true value of the solar to the electric system and set the solar purchase price equal to that value.

Once you’ve calculated how much less (or more) you’ll be paying for electricity over the life of your panels, the key thing to recognize is that there could be regulatory decisions in the future that change the answer. And, regulators tend not to dabble in small 5% changes, so the changes can be dramatic.

Here are some recent regulatory decisions that either highlight that risk, or have attempted to mitigate it.

made existing solar owners considerably worse off: (1) they increased the monthly fixed charge that solar customers will pay from $12.75 per month to almost $40, though the increase will be phased in over time, (2) they changed the netting to hourly rather than monthly, and (3) they instituted a low rate for sales to the grid. If the decision sticks, Greentech Media calculated that customers who signed 10-year contracts in 2015 would be losing money relative to not going solar beginning in 2017.

Minnesota (low risk). Minnesota decided in 2014 to allow its utilities to adopt a value of solar tariff, but so far none of them has. If they do, they must recalculate the value of solar every year, but individual customers are guaranteed the rate that they started with for at least 20 years. Also, solar customers are still paying for 100% of their consumption, so they will experience any changes to rates exactly the same whether or not they have solar.

With a locked in payment for your solar, you run the risk that you buy solar at the wrong time (e.g., right before the value of solar goes up) but other than this timing risk, solar customers are pretty insulated from future regulatory changes. Note that low risk is different from high return. The benefits to going solar in Minnesota are a function of the yet-to-be-determined value of solar.

But, customers are still exposed to changes in the rates, which are very much in flux. This can impact both what solar customers are paying to their utility and what they would have paid without solar.

As Severin has explained, California’s investor-owned utilities have steeply increasing block rates, but those are scheduled to flatten over time. For example, PG&E’s rate for consumption in the top tier in the beginning of 2015 was 33.3 cents/kWh, but it’s scheduled to come down to 23 cents/kWh by 2019. So, if you calculated what you would save with solar based on the early 2015 rate, your solar investment will be worth considerably less than you thought. Also, California has committed to moving to time-of-use pricing as the default in 2019, with yet-to-be-determined peak periods.

Spain (high risk). Solar customers in much of Europe are in a buy-all, sell-all model. Consumers continue to pay for 100% of their consumption and the utility installs a second meter to measure the solar production and compensates it with a “feed-in-tariff” (FIT) rate. My read is that Spanish regulatory changes in 2013 (a) made consumers pay for hourly meters and (b) started CHARGING them for every kWh generated onsite. In an attempt to help customers recognize the inherent risk, Arizona now requires solar customers to sign a form acknowledging that, “the Commission may alter its rules and regulations and/or change rates in the future. If this occurs, your PV system is subject to those changes and you will be responsible for paying any future increases to electricity rates.”

Regulatory decisions like these are becoming more and more common. They are also arcane, long and dense, as regulators operate through adjudicatory processes and need to address stakeholder comments. So, expect change if you’re contemplating going solar, and get ready to access your inner lawyer to wade through the changes.

18 thoughts on “The Risks of Going Solar” Leave a comment ›