Don’t forget about the 11 million U.S. households that heat with these fuels.

U.S. households are bracing for high winter heating bills. While it isn’t as bad as what’s going on in Europe, many households are still expected to spend a lot more on heating than they did last year.

Almost 90% of U.S. households heat their homes with natural gas or electricity, so these energy sources tend to get most of the attention.

But in today’s blog I want to focus on two other heating fuels that many people depend on. Heating oil prices are up 43% from a year ago. Propane prices are up 54%, with some analysts warning of a propane market “Armageddon”. As we head into winter, prices for both heating fuels are at their highest levels in years.

I want to look, in particular, at the geography of heating oil and propane. I constructed maps using data from the American Community Survey, and they reveal a pronounced regional pattern for both fuels. Depending on where you live, you are either very likely or not likely at all to have neighbors who use these heating sources.

Heating oil, also known as distillate fuel and very similar to diesel, is delivered by truck and then burned in a furnace. In the United States, 4.4% of households heat their homes with heating oil.

As the map above illustrates, heating oil is highly concentrated in the Northeast. There is little usage throughout most of the continental U.S., but then 16% of households in Pennsylvania use it, 19% in New York, 24% in Massachusetts, 29% in Rhode Island, 39% in Connecticut, 40% in Vermont, 43% in New Hampshire, and 59%(!) in Maine.

The Energy Information Administration publishes an annual “Winter Fuels Outlook” in which they predict household expenditures for home heating. For winter 2021-2022, EIA predicts that households burning heating oil will spend $1,700+ to stay warm. For millions of homes in the Northeast, this is going to be an unusually expensive winter.

This geographic pattern reflects the historic pattern of regulation. During the 1970s and early 1980s, price controls for natural gas created a shortage which was addressed primarily by not allowing new homes in the Northeast to connect to natural gas. Even homes right next to existing natural gas lines were often not allowed to connect because there simply wasn’t enough natural gas in these states to meet demand.

Price controls were completely removed by the 1990s, but the effects have been long lasting. Even today — thirty years after the end of price controls — there are still millions of homes in the Northeast using heating oil, despite the fact that it cost the occupants more than using natural gas in almost every one of those years.

After all, once a home installs a particular heating system it tends to stay that way for a long time. While a home can be retrofitted, for example, from heating oil to natural gas, this can be very expensive.

Moreover, these decisions often end up being made under considerable time pressure. I know an energy consultant in Massachusetts who twice had his heating oil furnace fail in the middle of winter. In both cases, he ended up replacing the furnace with another oil furnace, largely because he needed to act fast to keep the heat on.

It has been a decade since prices for propane, also known as liquefied petroleum gas, were this high heading into winter. Back in 2011 — the last time November prices were this high — the winter ended up being warmer than expected so household budgets were granted a partial reprieve. Will households be so lucky this time?

Almost 6 million U.S. households heat with propane — 4.9% of households. Propane is produced during natural gas processing and crude oil refining. Propane is a gas but is stored under pressure in liquid form. Similar to heating oil, propane is delivered by a truck, stored in a tank, and burned in a furnace.

The geographic pattern for propane is very different from heating oil, and much more widespread. Propane tends to be adopted in places where natural gas is not available. The map above reflects that pattern, with high usage in predominantly rural states like North Dakota (14%), Montana (14%), New Hampshire (17%), South Dakota (18%), and Vermont (20%).

EIA predicts that U.S. households with propane will spend almost $1800 this winter on propane. If the winter ends up being 10% colder than expected, this could exceed $2200! Economists have studied the “heat or eat” decision finding that lower-income families tend to spend considerably less on food during cold-weather budgetary shocks, and these tradeoffs are likely to be particularly stark for many rural households this winter.

These high propane prices will also likely slow the fuel’s progress. Over the last two decades, almost all households with a choice between propane and heating oil have chosen propane. Although it isn’t true this year, in most years propane is cheaper than heating oil per unit of heating. In addition, propane heating systems require less maintenance and propane can be used more easily by other appliances like water heaters and stoves.–

High energy prices will stretch household budgets this winter. But it may also create an opportunity for electrification. As we’ve explored in previous Energy Institute blogs (here and here), there are a growing number of policies aimed at reducing carbon dioxide emissions through building electrification.

Homes with heating oil or propane are likely to be particularly good candidates for electric heating. Retrofits are always expensive, but it is also expensive to continue to pay high prices for heating oil and propane. Moreover, many of these homes are in places without access to natural gas, so it may take less of a nudge to get these households to go all electric.

There are of course many other factors to consider. An economist told me that his parents in rural Texas prefer propane because ice storms frequently cause power outages. There are all kinds of reasons why one particular home may be particularly suited to one particular energy source.

Still, I wouldn’t be surprised to see more GHG policies targeted at these homes in the near future. These other heating fuels aren’t the largest category of carbon dioxide emissions, but as policymakers continue to look around for opportunities this could be lower hanging fruit. 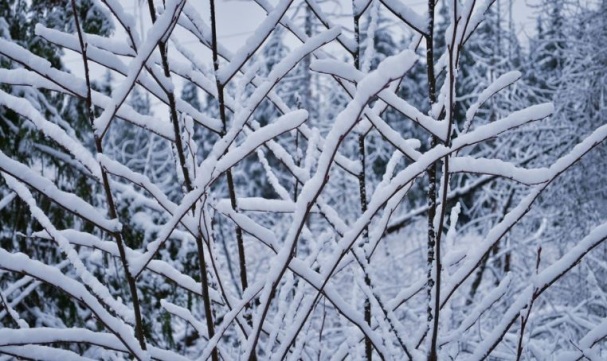