(Today’s post is co-authored with Catherine Hausman, an assistant professor at the University of Michigan.)

Last week, a company called Holtec International received federal approval to acquire New Jersey’s Oyster Creek nuclear power plant. Except Oyster Creek shut down last fall and will never produce another kilowatt-hour. Holtec is buying it to tear it down. It will be responsible for decommissioning the site, including managing spent fuel and other radioactive waste.

The Oyster Creek sale is one of several such recent transactions in which a U.S. nuclear plant is being sold by a large publicly-traded company to a smaller privately-owned company specializing in decommissioning. Though the other sales are pending approval by the Nuclear Regulatory Commission, it is not too soon to consider the potential implications for safety and the environment.

The U.S. nuclear industry has a strong record of safe operations. Historically, most owners of U.S. nuclear plants have been large companies, with significant “skin in the game” in terms of profitability and reputation if something were to go wrong. Do smaller companies have the same incentives?

One of the biggest sellers in this market is Entergy. Entergy is selling the Vermont Yankee plant (closed 2016), the Pilgrim nuclear power plant in Massachusetts (closing 2019), the Indian Point plant in New York (closing 2020-2021), and the Palisades nuclear power plant in Michigan (closing 2022). Both Entergy and Exelon (the company selling Oyster Creek) are large, publicly-traded companies with a total market capitalization over $19  and $48 billion, respectively.

The buyers, in contrast, are smaller, privately held companies. Holtec International specializes in decommissioning, spent fuel storage, and other aspects of the nuclear power generation. For Pilgrim, the buyer is NorthStar Group Services, another smaller, privately-owned company specializing in facility service contracting.

These buyers may be better suited to manage the decommissioning process. Such specialized companies could bring expertise focused on safe and thorough decommissioning, rather than managing a large portfolio of projects and sites operating at different points in the electricity supply chain.

A nuclear power plant half deconstructed during decommissioning. Source: Here.

But, these nuclear asset transfers could have a big downside. In the past, safe operations meant that nuclear plants could make more money. We suspect that these economic incentives partly account for the good safety record of U.S. nuclear plants. Nuclear power plant owners worked hard to avoid problems because plant shutdowns are costly for plant owners.

Take Entergy, for example. At its peak, Entergy owned eight U.S. nuclear power plants, over 9,000 megawatts of nuclear capacity. With a large portfolio on the line, Entergy had an enormous incentive to make sure all its plants kept running without incident.

In short, under the old regime, it was profitable for nuclear operators to be extremely safe.

But that argument applied in an era when plants were actually generating electricity. Once plants close, this mechanism is no longer relevant – there are no operating profits on the line. Now the way to maximize profits is to minimize costs; so companies specializing in decommissioning will be working hard to figure out how to perform these functions as cheaply as possible.

And the reputation-based incentives also change. Before, companies worried that any problem at any plant would risk their reputation and thus their whole business – including other plants they owned and possibly including non-nuclear assets. But what about the new owners?  Smaller companies have less to lose.

Bankruptcy protection is also an issue. For a company like Entergy with a $19 billion dollar market capitalization, only a large incident would put it out of business. Not true for a smaller company. Economists have long argued that bankruptcy protection raises a moral hazard problem – with “judgment proof” companies having less incentive to act safely.

Following in the Footsteps of Oil and Gas?

A similar moral hazard problem arises with oil and gas wells. Our colleague Judd Boomhower has written about how small oil and gas producers face adverse incentives for safety and environmental risk. If the small oil and gas producer declares bankruptcy, it is not responsible for accident clean-up costs. Judd’s research shows that this can lead to less safe operating practices. Relatedly, the American West has thousands of “abandoned” wells that have not been properly remediated, many “owned” by companies that have gone bankrupt. Similar problems have shown up also with coal mines and offshore oil infrastructure. And the stakes for the nuclear sites are tremendous – across the country, we’re talking billions of dollars in anticipated clean-up costs. 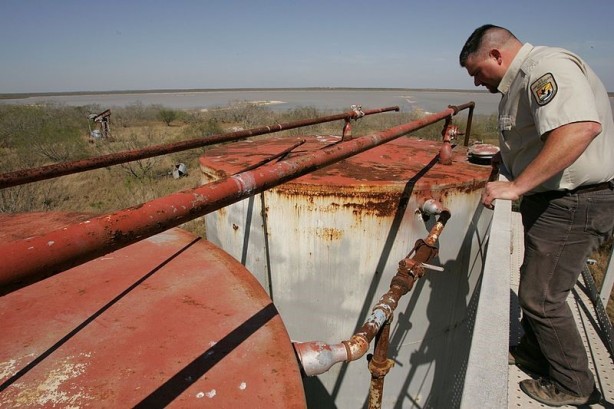 This is new territory for the Nuclear Regulatory Commission. As the U.S. nuclear generation fleet heads toward retirement, the NRC needs to pivot away from regulating construction and operation, and toward regulating decommissioning and fuel storage. Given the incentive issues these sales raise, it is critical that the NRC get up to speed quickly on the emerging risks.

Decommissionings at several recently-closed plants are aiming for accelerated timelines, which could be good or bad for safety. Between that and the specialized expertise that the new owners are bringing, the sales could turn out to be a win for the public. But the economic incentives for proper decommissioning are not very reassuring, and it’s not clear that regulations are ready to fill that gap.