After one of the many fun and inspiring lunch conversations here at the Energy Institute, I realized that my thoughts on the economic consequences of an electrified autonomous personal transport sector were in complete disarray. So, I am going to use this self-help outlet to clean house.

As we teach in economics 101, if there were no externalities (costs we impose on others through our choices but do not pay for) individual households would make good decisions regarding the vehicles they purchase and how much to drive them. Unfortunately, there are few sectors more riddled with externalities than the transportations sector. Parry, Walls and Harrington’s seminal survey classifies these into fuel related costs and mileage related costs. They calculate that each gallon of gasoline causes about 6 cents worth of global warming damage (even though I would argue today that a more up to date number is closer to 40 cents) and 12 cents worth of energy security (e.g. reliance on foreign sources of oil) damage. Three other externalities are local pollution (e.g., particulate matter, ozone precursors and toxics), congestion and accidents. Their estimate of congestion costs is 105 cents per gallon, followed by accidents (63 cents) and local pollution (42 cents).

We can of course quibble about the numbers, but the buckets are the right ones. The important part is these external costs are not borne by the consumer and hence drivers consume too much gasoline, drive too many miles and own cars that are too big and heavy. Several pieces of regulation have attempted to address pieces of these, but we are nowhere close to what an economically efficient transport sector looks like. 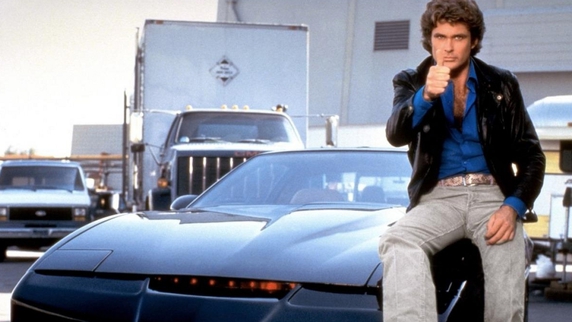 So let’s jointly have a dream, partially inspired by the hero of my youth: K.I.T.T., the autonomous vehicle inhabited by the young and dashing David Hasselhoff. The dream I have is one of roads exclusively filled with autonomous electric vehicles (K.I.T.T. I assume was powered by a big block V8 not a 9V battery). Would this solve the externality problems? Let’s look at them one by one.

Is there anything else we would gain? Time! For those fortunate people who do not get carsick when writing Python code while in a car, travel time is now work/binge-watch-episodes-of-Cheers time. Given the lengthy commute times in most American urban centers, this would be time gained, which of course is valuable. I, unfortunately, will have to use this time looking out the window.

What is there not to like? Well, if you are really attached to being behind the wheel while yelling at other drivers who cannot figure out what a blinker is, you will be privately worse off. But if you ask me, I cannot wait. If we go fully crazy, we stop buying cars individually and you would just summon a pod to pick you up wherever and whenever. Quantifying the benefits of redesigning the transportation sector in this non-marginal fashion is tough with the usual economics toolbox. It would be good if someone would do this.

K.I.T.T., meet me out front. My AppleWatch and I are ready.