With the U.S. Federal government pulling back sharply from efforts to address global warming, I’ve found myself looking outside the United States for good news on climate.  One of the most compelling recent trends comes from Chile, the little-engine-that-could when it comes to solar power. Despite having only 3% of the population of Latin America, Chile has almost three-quarters of the installed solar generating capacity. 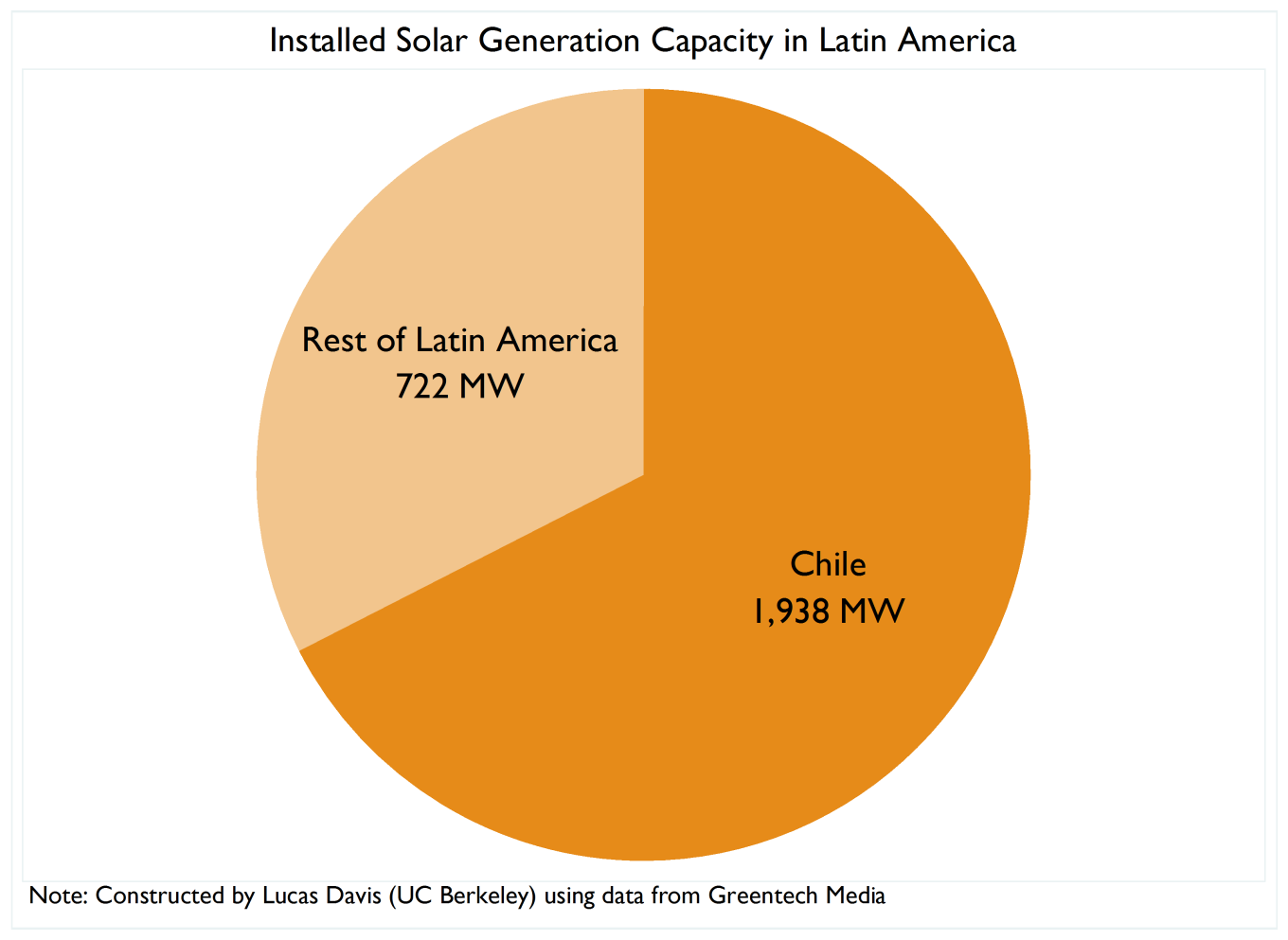 Some have pointed to the near-zero electricity prices, inadequate transmission, and other challenges in the Chilean market to suggest that these investments were somehow a mistake, or unsustainable. But I don’t buy it. Here are four reasons why Chile is, and will continue to be, a very attractive market for grid-scale solar.

Electricity demand in Chile is forecast to increase 2.6% annually over the next two decades. Not impressed? The same number for the United States is 0.7%. Now it’s true that the last couple of years have seen slow growth, with the Chilean copper industry hurt by low copper prices in 2015 and 2016. But copper prices have been increasing since November and, moving forward, electric vehicles and batteries are expected to significantly increase global demand for copper. Historically, with the exception of a few hiccups, Chilean electricity demand has grown steadily for three decades. 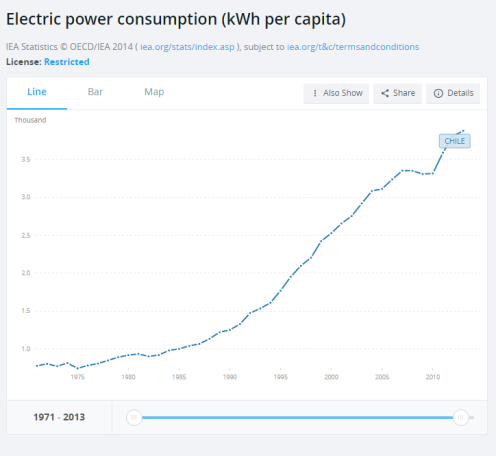 Most of the future growth is expected to come, not from mining, but from Chile’s residential and commercial sectors. This is consistent with recent work by Catherine Wolfram and co-authors who find large scope for energy-demand growth in middle-income countries like Chile. In the coming years, Chile will continue to close the development gap between itself and high-income countries like the United States, and this means widespread adoption of lots of energy-using devices.

At-a-ca-ma!  Dry? The Atacama Desert in Northern Chile is the driest place on the planet.  Some parts of the desert have never seen a drop of rain since recordkeeping began. The Atacama is high, flat, and bone dry — the ideal location for solar. The sun beats down day after day with rarely a cloud in sight with some of the highest levels of solar radiation anywhere in the world.

Also important is that the Chilean government is expanding transmission, with an aim to connect Chile’s “Northern” and “Southern” grids by 2018. This is key for solar producers in the Atacama because the bulk of electricity demand is in the South, and the new transmission link will allow them to access Southern customers.

Another key factor for Chile is that it does not have significant reserves of natural gas.  Chile has two LNG import terminals, but LNG is expensive, averaging two- to three- times typical prices for natural gas in North America. This is expensive enough that natural-gas fired plants struggle to compete with unsubsidized grid-scale solar.

Moreover, although Chile has rich copper and other mineral resources, it has very little coal. Coal can be imported, of course, but there is political opposition in Chile to coal based on environmental concerns.

#4 Commitment to a Free Market

It doesn’t get mentioned as frequently, but another important factor is Chile’s commitment to the free market. Chile has been viewed as a bastion for free market economics since Milton Friedman and the “Chicago Boys” wielded great influence during the 1970s and 1980s. Deregulation and privatization have not always been good for Chile’s environment, but in this case the transparency of the market and lack of government interference has helped give private investors the confidence to enter the market aggressively. All electricity generation in Chile is privately owned, and there are over one dozen international firms operating in Chile’s solar sector.

The Chilean solar boom has occurred without any explicit tax on carbon or subsidy for renewables. The favorable conditions in Chile have nonetheless led to eye-poppingly low prices for solar. During auctions in August 2016, for example, the winning bid was $29.10/MWh, the lowest price ever for solar. Companies have had some trouble financing projects at these low prices, but the economic viability of these projects hinges on energy demand and supply forecasts, not about regulatory or political risk, which Chile has effectively minimized through its long-time laissez faire approach to markets.

The next big solar boom in Latin America is expected to happen in Mexico. Nearly half of projected solar installations for 2017 are in Mexico, and large contracts have been signed for 2018 and 2019. These investments may all go according to plan, but Mexico’s electricity market is less open than the market in Chile, so it makes these investments more risky for investors.

Perhaps the more important difference, however, is that Mexico has access to low-price North American natural gas. Natural gas is already the biggest source of electricity generation in Mexico, and 60% of new capacity between now and 2020 is expected to come from natural gas. Low-price natural gas doesn’t make it impossible to invest in renewables, but it does make it harder.

I’d be very interested if readers can come up with other potential explanations. But I’m pretty sure that these four explanations all play an important role. With good reason, Chile is the biggest solar market in Latin America. And, looking forward, none of these factors is likely to change overnight. After all, the Atacama has been dry for over 3 million years.

Chile is a fascinating case study that illuminates some of the broader underlying economics behind electricity markets. Some of these factors, like robust electricity demand growth, are present in a large number of other countries. Other factors, like the lack of natural gas reserves, are more unusual, though not unique to Chile.