¡Feliz Cinco de Mayo! Today we travel south of the border for an update on Mexico City’s well-known driving restrictions. What better way to celebrate Cinco de Mayo? Some people prefer margaritas, but here at the Energy Institute we like to turn up the mariachi music and talk about air pollution. ¡Orale!

Also known as “Hoy No Circula” (HNC), Mexico City’s driving restrictions have now been in place for 25 years, and have spurred similar restrictions in Santiago, Sao Paulo, Bogota, Medellin, San Jose, Beijing, Tianjin, and Quito. The format differs across cities, but most of these programs follow Mexico City’s approach and restrict driving based on the last digit of the license plate.

The initial rationale for HNC was local air pollution. Mexico City had some of the highest ozone levels in the world in the late 1980s, and the program was a politically visible way to attempt to address the problem. Unfortunately, there is no evidence that HNC actually improved air quality (Davis, 2008, Gallego, Montero, and Salas, 2013). Drivers did not switch to the subway or bus system. Instead, they used taxis more and bought additional cars so that they could drive every day. Gasoline sales (below) increased steadily throughout the period. 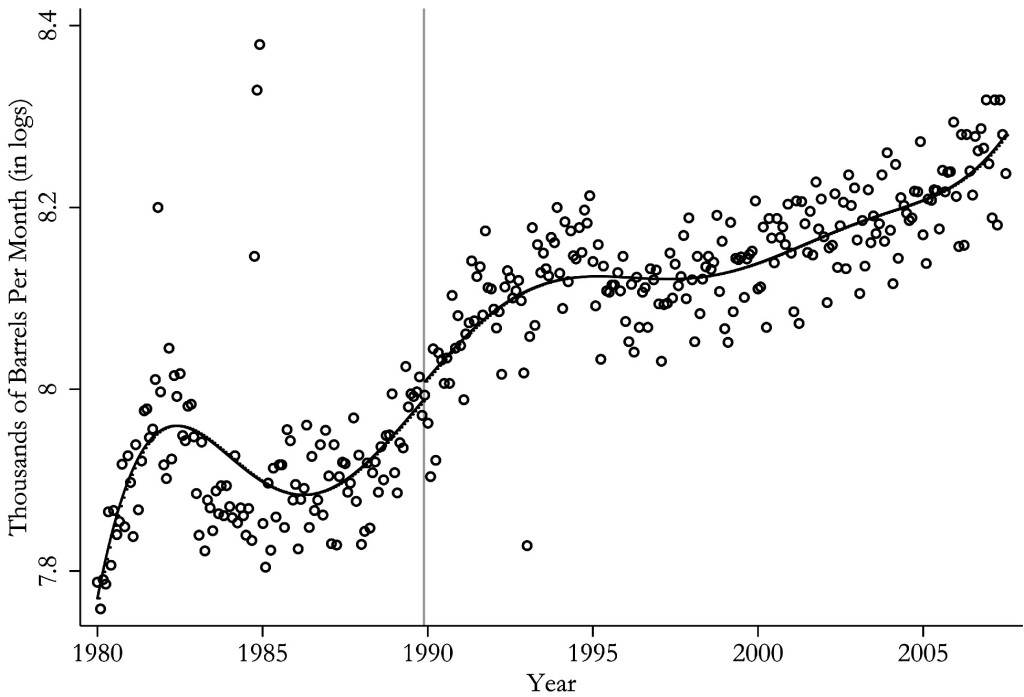 Despite the lack of empirical support, HNC has remained in place. And, in the summer of 2008, the program was expanded to include Saturdays. Again, the primary rationale was air quality (details here), with the Mexico City government attempting to address Saturday air pollution levels that had increased during the 2000s to reach and often exceed typical weekday levels.

The implementation of “Hoy No Circula Sabatino” was much like the original restrictions. Vehicles with a license plate ending in “5” or “6”, for example, cannot drive during the first Saturday each month. 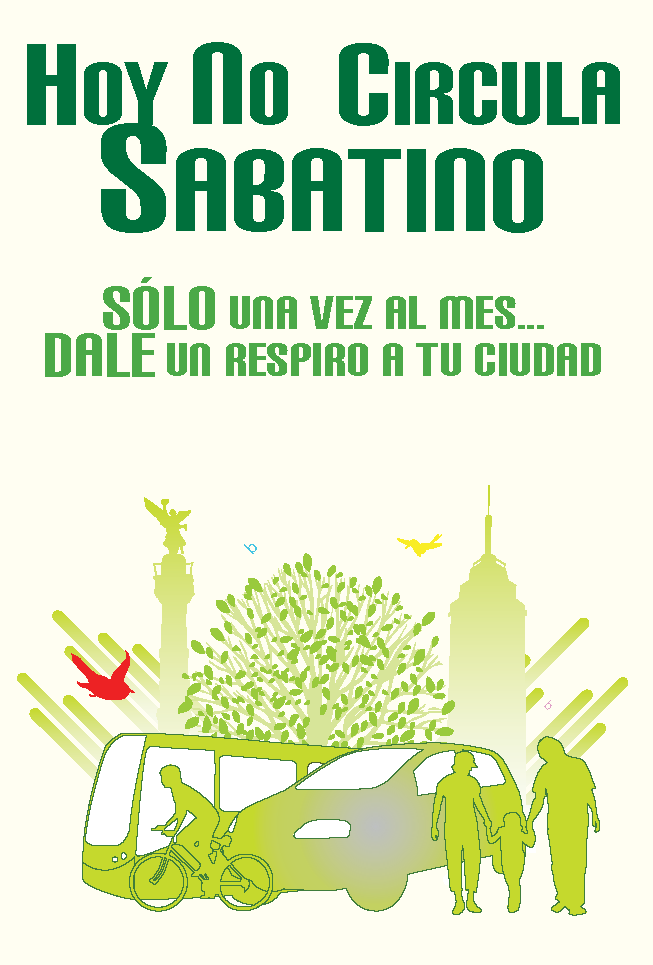 There is more discretionary driving on Saturdays, so one might expect these restrictions to be more effective at getting drivers to substitute to public transportation or to avoid trips altogether. One might also expect Saturday restrictions to engender substitution to Sundays, which would be welfare-improving since traffic and pollution levels tend to be lower.

At the same time, there is a deeper lesson from the initial implementation of the program that should not be forgotten. Drivers everywhere have a revealed preference for fast and convenient transportation and will look for ways to circumvent rationing programs of this form. Whether or not these behavioral changes will be large enough to offset the direct impact of the restrictions is unclear, and will have to wait for careful empirical analysis.

9 thoughts on “Driving Restrictions and Air Quality” Leave a comment ›