Virtually all economists working on climate change agree that we should price GHG emissions.  Doing so creates an incentive to reduce emissions without the government directing specific technology adoptions or activity changes, that is, without “picking winners.”

Nearly as many economists agree that we should subsidize basic R&D.  Doing so, accelerates the scientific breakthroughs that will be necessary to avoid even higher concentrations of carbon in the atmosphere.  Of course, we can’t and shouldn’t subsidize all basic R&D regardless of how nutty the idea or indirect the connection to GHG reduction.  We should subsidize the best ideas, that is, we should pick winners.

How does an economist hold both ideas in his/her head at the same time without risking spontaneous combustion?  Actually, it’s not hard.  The two policies are designed to solve two different problems. It’s no surprise that different problems require different solutions.

Pricing emissions recognizes that the normally efficient system of pricing goods and letting people choose what to buy and sell breaks down when some goods are not priced (negative externalities, for instance).  Thus, putting a price on emissions fixes the problem that exists because we currently give away the right to pollute for free.

Pricing emissions is quite attractive compared to “command and control” pollution regulations, because the regulations don’t necessarily find the least expensive ways to abate the pollutant.  Pricing the emissions gives every polluter the incentive to compare the emissions price to the cost of abatement and then do the abatement that is less expensive than paying the price for emissions.  The regulator does not know as well as the emitters which are the most cost-effective abatement strategies.  And – critically – there is an alternative to regulation that is almost certainly more efficient: creating a price for emissions.

Unfortunately, such an elegant solution hasn’t been discovered for the second problem, incentivizing innovation.  The economics of innovation is like the engineering of electricity storage: a tremendously important field where progress has been frustratingly slow.  Innovation is a key driver of the economy, but decades of economic study have revealed few reliable facts or verified theories of how innovation happens and how public policy can enhance it.

Brightsource’s Ivanpah Solar Thermal Generator is one experiment that the U.S. government has picked to support

Intellectual property protection – patents, trademarks, copyrights, etc – are intended to address innovation incentive problems, but they are very imperfect solutions.  One problem with IP protections is that they give the creator a monopoly for decades, which is probably not the best policy when we need cumulative innovations in a hurry to address climate change.

That brings us to subsidizing innovation.  Among innovation scholars, subsidizing basic knowledge creation – fundamental science – is (you’ll excuse the expression) a no-brainer.  Yes, it requires picking winners among basic science research proposals, but there isn’t an elegant alternative available as there is with the problem of negative pollution externalities.  The spillovers from basic science research are huge, hard to measure or control, and almost certainly best left to diffuse without impediments.

More controversial is subsidizing downstream development and deployment, such as tax credits for building commercial-scale compressed-air power storage or a new nuclear reactor design.  Some economists argue that firms can capture most of the knowledge created from these sorts of activities and can benefit privately.  I used to be in that camp, but two things have changed my view.

First, I’m convinced there are significant knowledge spillovers that can’t be feasibly captured by a firm that develops or deploys new technologies.  Furthermore, we wouldn’t want them to keep that knowledge to themselves even if they could.  Importantly, the very fact that a firm is pursuing a new technology and is still in business — or has gone out of business — is a critical piece of knowledge to other firms considering work in the area.  Seeing that a firm is making money in a new line of business inspires other firms to investigate the business and to investigate how the first entrant is doing it.  Seeing a firm fail in a new venture is also valuable information to others considering similar activities. 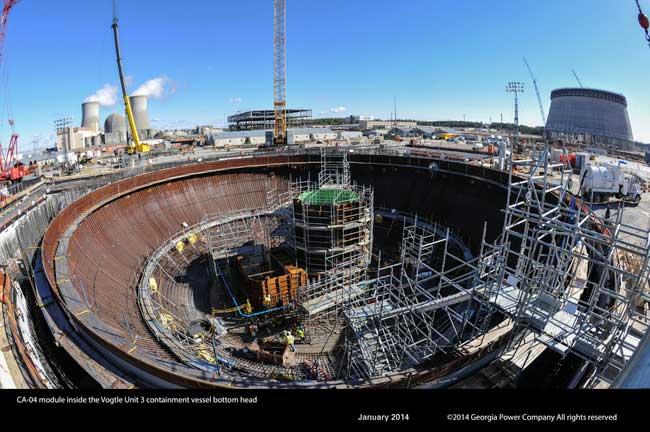 That means that significant value from such experimentation spills over to other firms.  It’s a problem in all industries, but it is especially a problem in an industry with very high costs of experimentation — building the first small modular nuclear reactor isn’t like creating a new social network app — and with very uncertain value of success.  What makes the value of success so much more uncertain here than in most industries is the fact that the value will be driven as much by public policy towards climate change as by consumer demand.

The second thing that has changed my mind on subsidizing development and deployment of new energy (and energy efficiency) technologies is the need to solve the problem of global climate change.  We desperately need the knowledge to spill over to the developing world so they will move out of extreme poverty along a much less carbon-intensive path than we have taken.  We need innovations to be adopted as quickly and smoothly as possible around the world, a process that will almost surely be hampered by anything that relies on negotiations over intellectual property rights.  Subsidizing innovation can be tied to disclosure and reporting requirements that encourage replication and further innovation.

Just as with fundamental science, this doesn’t mean that every technology should be subsidized throughout the development process.   There are plenty of bad ideas out there that shouldn’t get money.  There are also plenty of plans that may work privately, but for which the spillovers are small.   Just as with fundamental science, this requires picking winners.  And because these should be experiments – the whole point is to do things for which the outcome is uncertain — many “winners” picked will turn out to be failures.

And that’s ok.  We need to pick, and subsidize, the experiments that have the largest potential to create value in reducing GHG emissions and the largest potential for that value to spill over to other uses, other technologies, and other countries.  That’s not inconsistent with pricing GHG emissions.  It’s just recognizing that we face multiple challenges in fighting climate change and multiple strategies will be needed to succeed.

15 thoughts on “In Defense of Picking Winners” Leave a comment ›