The Empire State Building is the tallest and most well-known building in the United States to have received LEED certification. The certification was part of a massive retrofit undertaken between 2009 and 2011. Engineering models predicted that the retrofit would reduce the building’s energy use by 38 percent, saving $4.4 million annually (NYT, 2009). The project has received an enormous amount of attention. See, for example, this Newsweek article here. 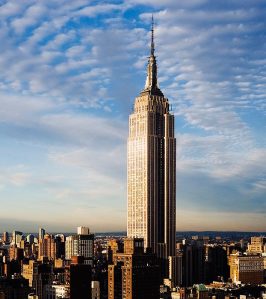 And what makes me extremely happy about this project is that data are being made available for ex post evaluation. The latest report from Johnson Controls is available here. Most of the report describes simulated energy consumption generated using an engineering model of building performance. But the report also includes data describing the building’s actual energy consumption. 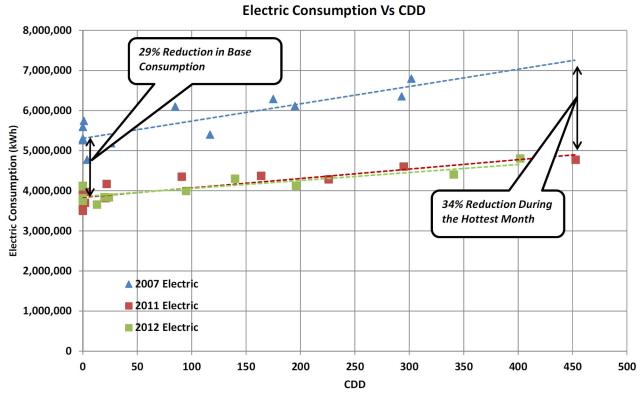 These figures plot monthly electricity and steam consumption. Most of the retrofit was completed between April 2009 and October 2010, so these comparisons between 2007 and 2011/2012 provide a before and after comparison. The comparisons across warm and cold months are also interesting because many of the investments were aimed at the building’s shell (e.g. windows, wall insulation, etc.), so these comparisons can shed light on which particular elements in the retrofit were most effective.

The results are impressive. Electricity consumption decreases 29% during winter months, with even larger decreases during summer months. Most tenants in the Empire State Building are individually metered for electricity, so these savings are accruing primarily to tenants themselves, and to the building’s owners through increased rents. Steam consumption also decreases, though these data are considerably more variable. Total energy expenditures for the Empire State Building reach $10 million annually for electricity and $2 million annually for steam, so these reductions correspond to millions of dollars in annual savings.

As more years of data become available it will be important to continue to refine these estimates.  Additional data from 2008, 2009, and 2010 would add value, as would analysis of subsets of tenants who received different elements of the retrofit. The Empire State Building retrofit has already been an influential project because of its size and scope. It can also be an influential project in terms of ex post evaluation, illustrating how usage data can be used to document best practices in large building retrofits.