Supporters of energy-efficiency policies argue that they are a “win-win”, helping to reduce energy expenditures while also reducing carbon dioxide emissions and other negative externalities from energy use. This much discussed McKinsey report, for example, argues that energy-efficiency investments are a “vast, low-cost energy resource” that could reduce U.S. energy expenditures by billions of dollars per year. And the potential for savings is even larger in low and middle-income countries, where most of the growth in energy demand is expected to come over the next several decades.

Before pushing these policies worldwide, however, it is important to make sure that they really work. Much of the existing evidence on energy-efficiency comes from ex ante analysis based on many assumptions. Take, for example, this marginal abatement cost curve from a World Bank study about Mexico.  Investments in energy-efficient air-conditioners and refrigerators are both predicted to be negative net cost investments. That is, these are investments that, according to the World Bank, pay for themselves even before accounting for externalities.

This new EI@Haas working paper takes a closer look. Since 2009 a nationwide program that we call “Cash for Coolers” has helped 1.5 million Mexican households replace their refrigerators and air-conditioners with energy-efficient models. Performing an econometric analysis using household-level billing data, we find that refrigerator replacement does save electricity, but only about one quarter of the savings predicted by the World Bank. 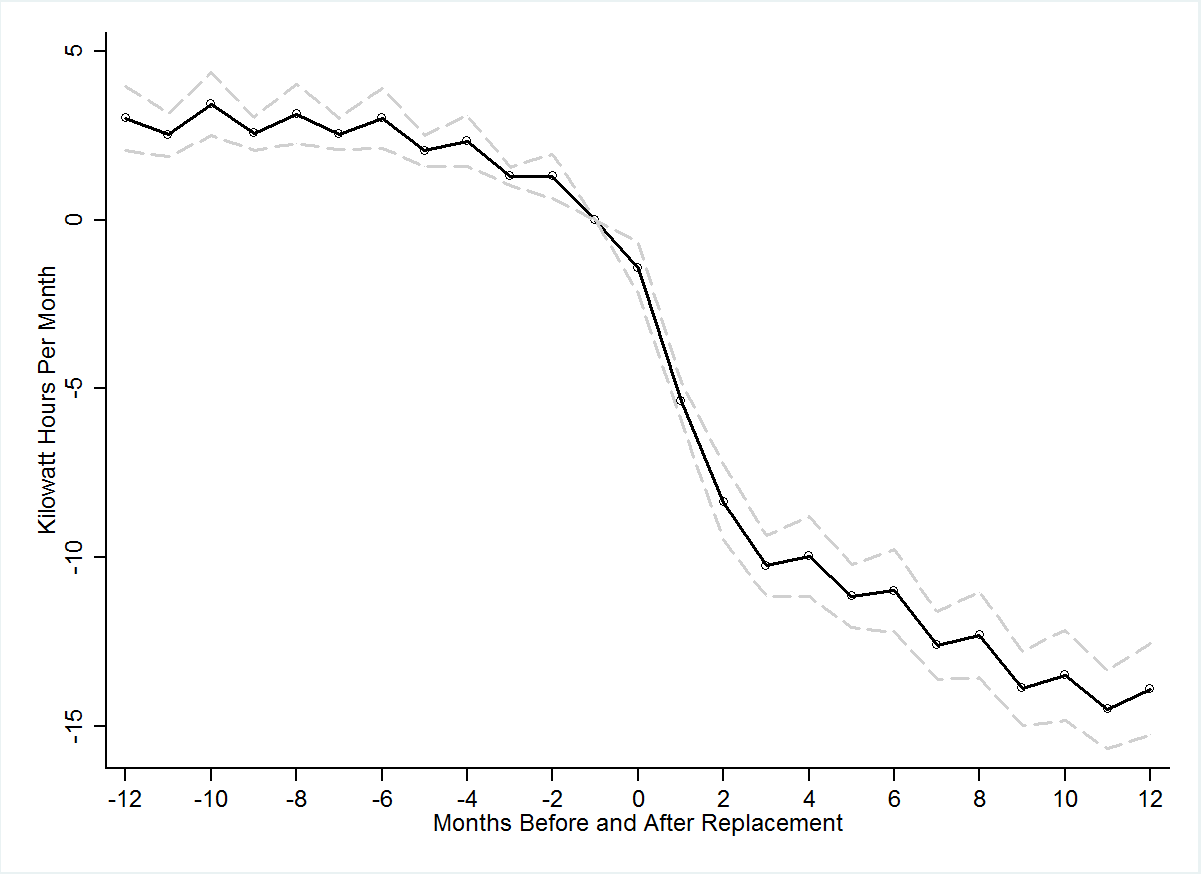 And we are finding that air-conditioning replacement actually increases electricity consumption. Part of this is the “rebound effect”, the idea that energy-efficient durable goods cost less to operate, so households use them more. In addition, we discuss how increases in appliance size and features worked to substantially offset the potential reductions in energy consumption.

Overall, this policy appears to be much less cost-effective than was predicted by ex ante analysis. These results underscore the urgent need for careful modeling of household behavior, and for credible empirical work in this area.